Interview by the Eclectic Scribe 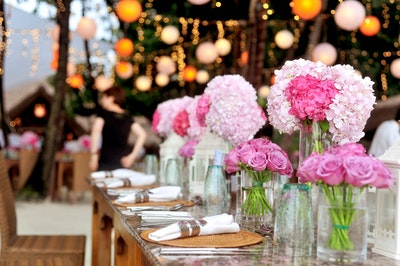 Stephanie Marshall Ward of The Eclectic Scribe published an interview with me on 06/15/2017. It’s an honor to be featured on her blog site. The link below will take you directly to her article where there is additional information, or read on below for the general discussion.

1. What drew you to the science fiction and romance genres?

[JY] I grew up watching Star Trek, The Twilight Zone, and Battlestar Galactica on TV and Star Wars at the movies, so the sci-fi seed was planted at an early age.

When I started writing, I found that creating a new world, with its own political, monetary & societal issues, gave me a deeper understanding of my characters and their perspective. And in a strange way, it helped me to have patience—and perhaps an open mind—with some of the polarizing ideals plaguing our own society. It also allowed me to explore subjects that may be considered taboo.

As for romance, well, what is there not to love about romance? In my opinion, it makes everything else more fun.

[Stephanie] 2. What sparked the idea for the premise of this series?

[JY] I suffered from nightmares and, at times, night-terrors—and, as a result, insomnia—all through my teens. My parents tried many different things to help me get through the nights; religion, meditation, therapy, and even diet. But in the end, what helped me the most was my mom directing me to keep a journal by my bed. She told me to write down my dreams and give each one a satisfactory ending.

Before long, I found that the more detail I put into the journal, the less often I’d have a reoccurrence of that dream. This trilogy actually contains several nightmares that I’ve had over the years, but the main one that caused me to write this story was a dream where I witnessed my daughter’s death but was powerless to stop it.

[Stephanie] 3. How would you describe your protagonist, Evonne? What kind of person is she?

[JY] First and foremost, she’s a mother. I think you get a sense of that through her reactions to some of the other women she’s held captive with, as well as her desire to protect others from a greater threat, even if that threat comes from within her. At the same time, she’s vulnerable and doesn’t know her own strength until she’s faced with adversity.

[Stephanie] 4. If you were casting a film adaptation of these novels, what actress would you like to see play Evonne? What about the male leads?

[JY] Oh, that’s a tough one. There are so many wonderful actors out there. But if I could choose a female lead, I think Amy Adams would make a wonderful Evonne. And I could definitely see Henry Cavillas as Kalerant. And perhaps Chris Evans would be great for Samul and maybe Josh Duhamel for Arno. I can picture it already.

[Stephanie] 5. Please tell us a bit about your writing process. Do you follow a detailed outline, or are you a discovery writer, letting your stories unfold as you write?

[JY] A little of both, actually. I start with a particular scene or dream and then try to outline a plot around it. Once the general outline is done, I work at giving dimension, background, and personality to the lead characters. But as the writing commences and the story unfolds, I find that my characters change as I get to know them better. In some cases, they surprise even me.

[Stephanie] 6. How many hours a day do you write? How do you make time to do this in addition to a demanding full-time job and a family?

[JY] Sitting in traffic or finishing up what my husband started for dinner is when I plan out what I want to write the moment I open my computer. I sit down to write each evening after dinner. Although, all too often, I start before dinner is done. Which can either lead to a messed-up dinner or a messed-up character.

My spot of choice is the dining room table. I can see the television from there, but I rarely pay attention to what my husband watches unless he brings my attention to it. My daughter sits across from me at the table to do homework. The three of us, together, working on separate things but still able to give attention to the others, if needed. In this way, I can write a couple of hours each night, but it’s the weekends when I am able to do most of my writing.

[Stephanie] 7. What was your favorite book as a child?

[JY] Corduroy by Don Freeman was my go-to book when I was little.

[Stephanie] 8. What are your five favorite movies and why?

[JY] Wow, another tough question. There are so many wonderful movies out there. I think I’d have to break them down by type.

sci-fi drama: Contact and sci-fi comedy: Fifth Element. These movies spark my interest in the possibility of life on other planets as well as giving inspiration to what an alternate civilization/reality could look like.

horror drama: The Shining and horror comedy: The Cabin in the Woods. These are my go-to when I need visual ideas on giving a satisfactory ending to a nightmare.

action adventure: I enjoy any of the Marvel or DC comic remakes. These are just fun to watch, and the heroes are usually handsome.

[Stephanie] 10. What are you working on now?
[JY] I’m currently writing a “vampire” thriller. But I think it’s different enough that people will see why I don’t call them vampires.

[Stephanie] Thank you for visiting, J.Y.